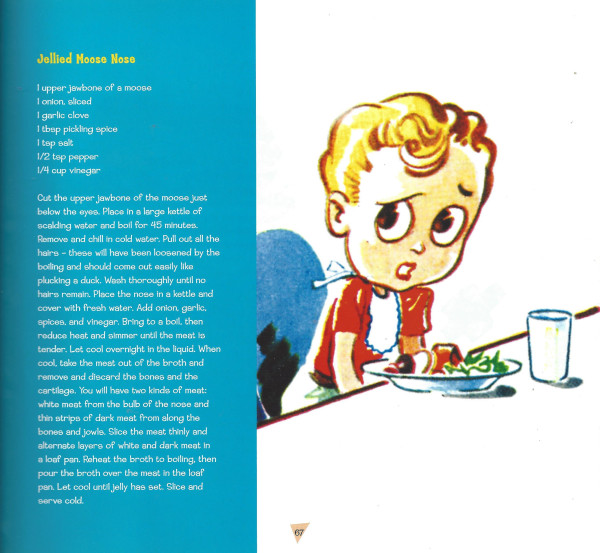 It occurred to me that we should have taken photos of the interior of the plane, so we remedied that on the way home. These are shots of the cabin and our lunch entrées.

And I'm not going to say that the cats missed me at all, but this is one reason why we don't have a fourth cat... 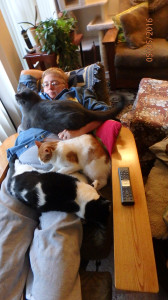 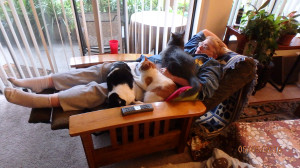 There has been a gorgeous little red point Siamese with huge blue eyes hanging out at our place. This morning I gave him a cuddle and now my cats won't leave me alone. It's not like I don't pet the other outside cats. He's working his wiles on the apartment just down from us and I'm hoping they will take him. He's such a love bug.

In other cat news, Little Mommy has had her kittens, although I don't know where. She's showing up at our place two or three times a day to eat. I'm hoping that she will bring them to us in time. We have already talked and we will be getting her fixed in a few weeks after she's done weaning her babies. If no one comes forward for little Illya, TBG named him), he'll be going over as well.

Were you named after someone?

If you could change your name, would you?

Have you ever named a pet after a TV or movie character?