These are the end of the photos - I promise.

This time it was Little Black's turn. He'd been limping for about a week and it wasn't getting any better. So I managed to get him into the carrier and took him in - singing all the way.

Once we got him out of the box, he was as good as gold. Never hissed, growled and swatted, despite the handling. He tested negative for leukemia, and got all his shots, including rabies. He was treated for ear mites and fleas and it was determined that he just had a sprain. They gave him an anti-inflammatory and he's back home now.

What a crazy morning!

These guys showed up in my mailbox this morning, a gift from the lovely

georgiamagnolia. Jenny wanted to help me show them off. 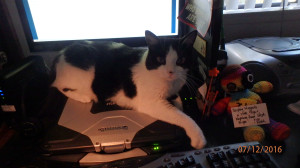 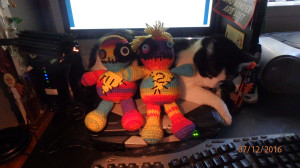 I especially like the little charms behind the badges - 'mon amour' - Napoleon and 'taste' - Illya
They are very fun and extremely colorful. I love the rainbow effect. 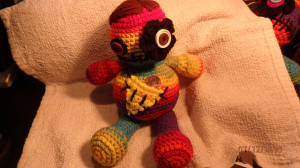 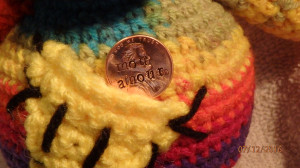 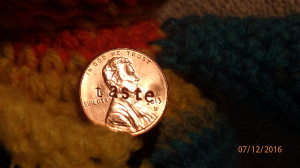 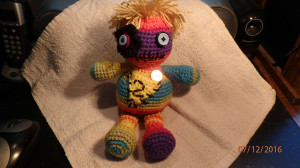 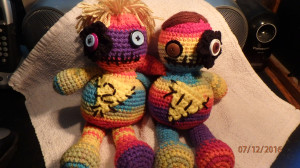 They also came with a can of Play Doh and the advice "Stay Young - Play!" :D 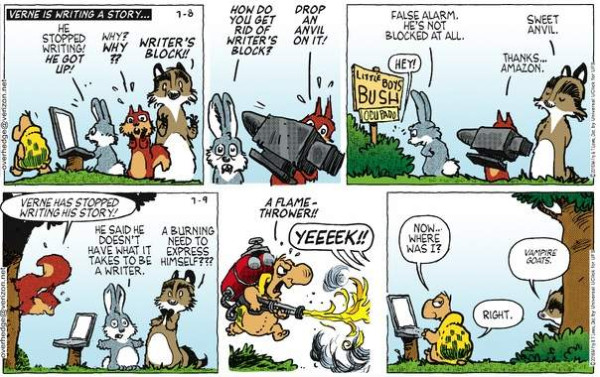 What is one part on a car that you completely understand?

What's one thing that you always forget to buy at the store?