We left at two, which was a mistake, we probably should have left at one, the original plan. Traffic going into the City was a freaking nightmare and we made the show with twenty minutes to spare. However, as we were with Jeff, we got terrific seats (it was open seating) with a great view of the stage.

The show was incredible, just as much fun as ever – the basic storyline is Snow White is trying to find her Prince Charming. Her fairy godmother suggests she look for love out in the world, so she left SF and goes to Rome, then Paris before realizing that it wasn’t a prince she wanted, but a king. Elvis lives on! It was very irreverent and no one was safe, but, man, did they nail Trump to the wall. Heh… Afterwards, we headed for Caffe Sports, which turned out to be a great Italian place (we were in North Beach which is very Italian). The meal we had was fabulous. The first course was eggplant wrapped around basil and mozzarella in a light marinara sauce, and the pasta course was spinach ravioli stuffed with cherry tomatoes and cheese. The final course was shrimp scampi over zucchini in an Alfredo sauce. We just order one of each dish and shared and that was perfect. For dessert, TBG had a cannoli, Jeff had Tiramisu and I have limoncello gelato truffle. Everything was so, so good. 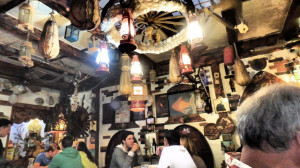 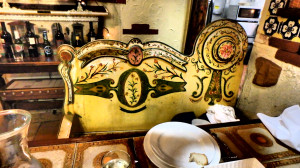 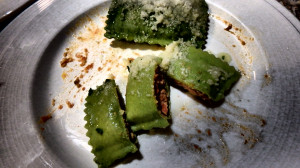 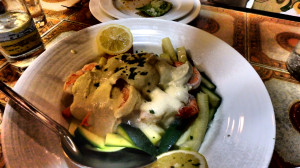 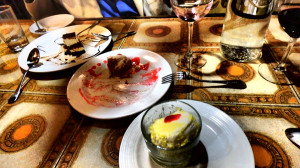 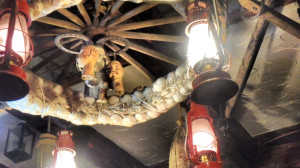 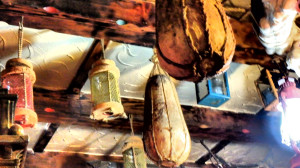 However, we didn’t get home until eleven. I feel like a zombie – a well fed zombie, but one none the less.

Tell me about a favorite event of your childhood!

What two things could you not do when you were younger that you can now?

What two things could you do when you were younger that you can't now?