slobberpuppy has posted the first of a series of three articles on her site. This one, Shadow Aspects & Tarot Part I – An Overview, was fascinated and very readable! I hope that you will stop by and give it a read!

I will confess that I had not thought of the shadow aspects of tarot and now I can't imagine why I hadn't.

And for a change, nothing to complain about! *yay*

Yesterday we went to a garden party hosted by California Musical Theatre with our friends. It is thrown to say thanks to the higher end donors. since AT&T has taken away its matching gift program, this is our last year as a 'high roller' so we decided to go to the party and enjoy ourselves. The party was lightly attended, there seemed more board members and staff there than guests. We've had that happen with some of our thank you parties in the past as well. People are so afraid you are going to try and pressure them into something.

Anyhow, the apps were very tasty - they ranged from the usual (cheese and fruit) to the more creative (turkey and horseradish on a cornmeal bun, salmon on a homemade chip, turkey quesadillas (with no cheese - wtf?) and so on. They were pouring four wines (chardonnay, pinot grigio, merlot and a zin, plus beer and water). They had two singers from the summer stock (Music Circus) and they sang six songs. That was it, no stress, no plugs, no nothing except some laughing and good feeling. It was a fun afternoon.

Afterwards we went over to Vic's for some dessert - they make kick ass ice cream. TBG loves their peach ice cream, so he had a ice cream soda and we all got single scoops. It was a great end to the evening.

Our car has been acting odd for a while now, including dribbling all over the floor mats. When TBG called our mechanic today, he admitted that this was not a good time for him right now. One of his buddies had just been diagnosed with the cancer that comes from Agent Orange (they were in Vietnam together) and tried to kill himself yesterday. It had left our mechanic understandably shaken and not really up for anything. TBG stayed on the phone with him for a while, just talking (he's good that way). So, the car will continue to dribble for a while longer and I realized what a lovely man I have for a mate. He's a good one.

Cooler weather this week (high today is 77) and there is much rejoicing. There is a sense of fall in the air and the Liquid Amber have started to change color. It's very good, indeed. Of course, we are supposed to be 98 by Saturday, so I'm determined to enjoy it as much as possible.

Hope the start to everyone's week here will/is/has been a good one.

Forgot to add - spent much of this weekend watching the BBC marathon of ST - talk about falling in love again. Happy sigh UNCLE could have certainly used this...

You Can Now Buy a USB Stick That Destroys Any Computer 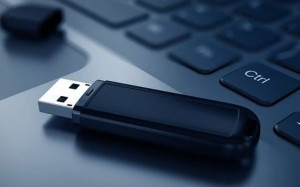 As if hackers, state-sponsored cyber intruders and rogue insiders weren't enough to protect against for federal agencies, you can now purchase a USB stick that will destroy any unprotected device it plugs into.
Called USB Kill and about the size of a ticket stub, the device "rapidly charges its capacitors from the USB power line," and then discharges that power all at once to "instantly and permanently disable unprotected hardware," according to the Hong Kong-based manufacturer.

They are available for the equivalent of $56, although the manufacturer is already "temporarily out of stock," meaning penetration testers and hackers-and people who genuinely like to break stuff-are picking them up like hotcakes. You can also purchase a Test Shield product that allows for testing the device without ruining your own hardware.

If you came face to face with your maker, what one question would you ask him/her?

Do you talk to yourself?