Nakeisha, you were one of my first friends here, so I am delighted to offer you this story as your Christmas gift. I hope you enjoy it!

At first Illya didn’t understand what the big deal was. Of course he knew that his partner was crazy about Christmas. It hadn’t taken very long for him to suspect. Come around the end of October, Napoleon would start humming carols, although Illya didn’t recognize them as such. Over the years, he became familiar with them. Then he would start introducing odd phrases into daily conversations:

“Have you been a good boy?”

Then came the Macy’s Day parade and it was game over as far as Illya was concerned. Once Napoleon saw Santa in the parade, it was goodbye any sense of propriety and hello, Christmas. This only became worse when they became a couple. Next would be the decorations, the cards, the parties, the cookies and the shopping. That was the worst. Napoleon smugly declared the closet in the guest room as off limits and left Illya in a tailspin.( Collapse )

Ghibli has managed to attract some of the best voices around from Michael Keaton (Porco Rosso), Christian Bale (Howl), Tim Curry (The Cat Returns), Mark Hamil(Castle in the Sky) and so on.  I love them all.  I don't pick a movie for the voices, rather I pick the movie for the script and the artwork. Great voices are just extra. if this is what Titan thinks when he sees a case of wine coming in. at least here in California... 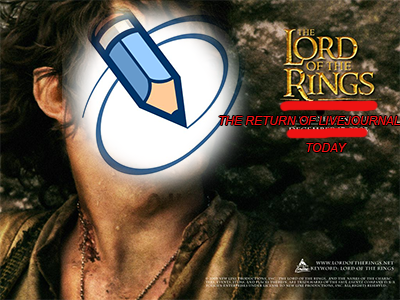 LJ is Alive and Well - just in case the other one didn't work...

Do you enjoy sitting in front of a fireplace?

Alone or with someone special?

Eating, drinking, napping reading or watching TV or a movie? Or something else entirely?